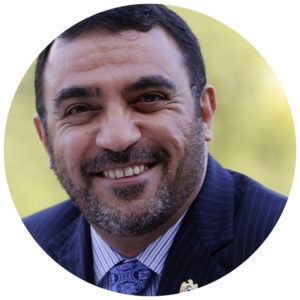 Hussain Al Mahmoudi serves a dual role as the CEO of the American University of Sharjah Enterprises (AUSE) and SRTI Park. Both these entities were established through a royal decree by the Ruler of Sharjah, who also directly appointed Al Mahmoudi. Previously, he served as the Director-General of the Sharjah Chamber of Commerce and Industry, as a Member of the UAE Chamber Federation, and at GCC Chambers for eight years. He is a board member of the Sharjah Entrepreneurship Center (Sheraa). He holds an MBA from the American University of Sharjah and a bachelor’s degree in economics and communications from Seattle Pacific University in the US.